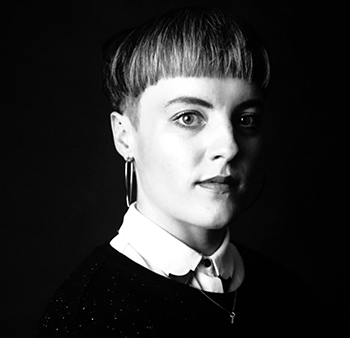 Jo is a professional composer for Film, TV & Games.  She has scored award-nominated films which have been shown at Locarno, SICAF Animation Festival, EIFF, SXSW, Copenhagen Docs, Tribeca among many others.

Her most recent work in animation, Hair was broadcast on BBC Four in partnership with BFI Animation. The documentary, To Catch A Cat Killer was broadcast with Channel 4 and Vice. She has continued to work on a large variety of projects – Short Films to feature film, Feline – which won the ‘ 2018 Panalux Cinematography Award’ and debuted at Cambridge Film Festival.

The award winning Virtual Reality documentary, Notes To My Father premiered at Sundance Film Festival in partnership with Oculus and Facebook.

Jo has lived for her music; skilled in both piano and violin, she went on to study a Masters at the prestigious National Film & Television School and has been selected as 2020 BAFTA Crew/BFI member.

Jo Paterson is a professional composer and musician. Specialising in scoring for Film, Documentary, TV, Dance and Games. She divides her time between London and Edinburgh.

Born in Edinburgh, she pursued music from a young age; honing her performance in piano and violin. She studied an Undergraduate degree in world and classical composition at Edinburgh Napier University where she found her love of composing for all visual medium. Within her music she strives to create a seamless and unique blend between sound and visuals by combining contemporary classical orchestration with electronic instrumentation.

She went on to further her knowledge in composing for film and studied a Masters at the prestigious National Film & Television School in London and has since then been involved as a BAFTA crew and BFI member.